The Ireland Rugby Ream have jetted off to Spain for a five day warm weather training before the start of the Six Nations tournament, according to reports. Coach Joe Schmidt is preparing the team ahead of the tournament but not at the usual venue: the Carton House. Schmidt decided to take the team abroad following the conclusion of the pool stage of the Champions Cup. 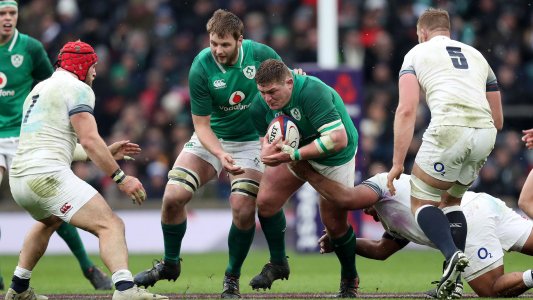 The Irish side is slated to meet France on Saturday February 3 in their first game. The team will train at Oliva Nova in south Spain and then return home to conclude preparations on Friday before flying out to Paris.

Dave Kilcoyne has been withdrawn from the squad after he injured his knee. The munster prop featured against Castres at Thomond Park where he picked up the injury. He is being replaced by James Cronin. Cronin had his first cap in 2014 on the summer tours to Argentina. He played in the 2015 and 2016 Six Nations tournament as well.

Irish fans would be hoping to see real competition between both sides when the Six Nations tourney begins. Le Bleus do not scare Irish rugby fans anymore. The French side is rebuilding their confidence though under new coach Jacques Brunel following the sack of Guy Noves in December. The former Italy coach will take over as Noves exits for “serious misconduct.” The poor run of results also affected his poll numbers so he had to go.

France will be without Matthieu Bastareaud as the player is set to serve a three week ban for making a homophobic remark. The 29-year old abused Benetton flanker Sebastian Negri during a clash in the European Champions Cup. His guilty plea halved the usual six week ban. Brunel had to turn to Clermont half back Morgan Parra to rejoin the team for the first time in two years. However, the player has now been ruled out due to knee injury.